Listen to and or Read along with audio…

Jesus Christ, is the name of one who was a man but saw the face of Christ in all his brothers and remembered God. So he became identified with Christ, a man no longer, but at one with God. The man was an illusion, for he seemed to be a separate being, walking by himself, within a body that appeared to hold his self, from Self, as all illusions do. Yet, who can save unless he sees illusions and then identifies them as what they are? Jesus remains a Savior because he saw the false without accepting it as true.  And Christ needed his form that He might appear to men and save them from their own illusions.

In his complete identification with the Christ–the perfect Son of God, His one creation and His happiness, forever like Himself and One with Him, Jesus became what all of you must be. He led the way for you to follow him. He leads you back to God because he saw the road before him, and he followed it.  He made a clear distinction, still obscure to you, between the false and true. He offered you a final demonstration that it is impossible to kill God’s Son; nor can his life in any way be changed by sin and evil, malice, fear or death.

Was There a Physical Resurrection? Jesus speaks from his ascendant spiritual mind saying….My body disappeared because I had no illusion about it. The last one had gone. It was laid in the tomb, but there was nothing left to bury. It did not disintegrate because the unreal cannot die. It merely became what it always was. And that is what “rolling the stone away” means. The body disappears, and no longer hides what lies beyond. It merely ceases to interfere with vision.

To roll the stone away is to see beyond the tomb, beyond death, and to understand the body’s nothingness. What is understood as nothing must disappear. I did assume a human form with human attributes afterwards, to speak to those who were to prove the body’s worthlessness to the world. This has been much misunderstood. I came to tell them that death is illusion, and the mind that made the body can make another since form itself is an illusion.  They did not understand. But now I talk to you and give you the same message. The death of an illusion means nothing. It disappears when you awaken and decide to dream no more. And you still do have the power to make this decision as I did. God holds out His hand to His Son to help him rise and return to Him. I can help because the world is illusion, and I have overcome the world. Look past the tomb, the body, the illusion. Have faith in nothing but the spirit and the guidance God gives you. He could not have created the body because it is a limit. He must have created the spirit because it is immortal. Can those who are created like Him be limited?

The body is the symbol of the world. Leave it behind. It cannot enter Heaven. But I can take you there anytime you choose. Together we can watch the world disappear and its symbol vanish as it does so. A body cannot stay without illusions, and the last one to be overcome is death. This is the message of the crucifixion; there is no order of difficulty in miracles. This is the message of the resurrection: Illusions are illusions. Truth is true. Illusions vanish. Only truth remains.

These lessons needed to be taught but once, for when the stone of death is rolled away, what can be seen except an empty tomb? And that is what you see who follow me into the sunlight and away from death, past all illusions, on to Heaven’s gate, where God will come Himself to take you home. The journey to the cross should by the LAST foolish journey for every mind. Do not dwell upon it, but dismiss it as accomplished. If you can accept that as YOUR OWN last foolish journey, you are free also to join My Resurrection.

Human living has indeed been needlessly wasted in repetition compulsion. It re-enacts the Separation, the loss of power, the foolish journey of the ego in its attempt at reparation, and finally the crucifixion of the body, or death. Repetition compulsions can be endless, unless they are given up by an act of will, or, more properly as active creation. Do not make the pathetic human error of “clinging to the old rugged cross.” The only message of the crucifixion is in respect for man’s ability to OVERCOME the cross.

Unless he does so, he is free to crucify himself as often as he chooses. But this was NOT the gospel I intended to offer him.

Message from Crucifixion and Resurrection 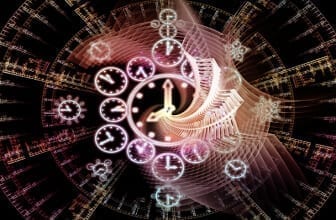 Time Not Eternal – Only for Learning

Only You Think In Your Head… click for more

See More Teachings, “Each Is the Light of the World”. 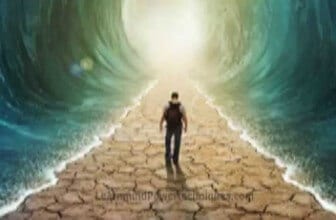 You Are God’s Will, His Creation